Manuel and Edith DeBusk established the DeBusk Foundation on March 5, 1979, and it was designed to identify and provide special support for talented children at an early age, before other sources of support would be available to them. 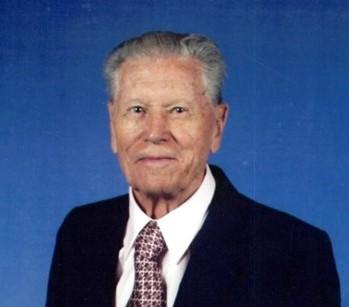 Mr. DeBusk was born in Brown County Texas in 1912 and grew up in Idalou, where he attended school.  Coming from this small-town rural environment, he excelled in academics to the point that he began college at age 14 at Wayland College in Plainview, TX. He quickly advanced to Texas Tech University where he graduated with honors at the age of 18. After he received his bachelor’s degree, Mr. DeBusk started his career in Washington D.C. with the newly formed Federal Housing Administration.  During these early work years he attended law school at George Washington University and became active in politics  as well.  Working with the office of Texas Senator Sheppard, he assisted with policy development and political campaigns and later played a significant role in the successful nomination of Lyndon Johnson. During his time in D.C. he also served as a Special Agent in the FBI during World War II. Manuel subsequently returned to his Texas roots, to Dallas, as a senior official with the FHA.  He completed his law degree with SMU and with entrepreneurial spirit, he and his new wife Edith formed the law office of DeBusk and DeBusk. Their practice grew in size and scope over the years with a specialization in real estate transactions.  Over time he combined his legal expertise and his interest in business to develop several successful enterprises in the Dallas and Lubbock areas.  This included the investment and management of portfolios of commercial real estate assets, many of which were distressed and in need of a turn-around.

Mr. Manuel DeBusk passed away peacefully in 2011, at the age of 97. During the 30 years in which he actively participated as the President of the Board of the DeBusk Foundation and then as a Director, more than 12,000 gifted and talented children were awarded scholarships for enrichment courses. Through his leadership and financial support, he was able to provide an enduring vehicle for the critical development of elementary children – with the hope that “one day, one of them will do something to change the world”. 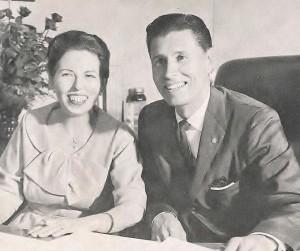 Mrs. DeBusk was educated in Texas public schools and graduated from SMU Law School. She married Manuel DeBusk in 1937 and together they started the law firm of DeBusk and DeBusk.  She was one of the outstanding pioneer women lawyers in Texas. She was International President of Altrusa International, one of the large worldwide women’s service clubs, which still maintains a scholarship fund in her name.  For many years, her health was poor, but it did not stop her from leadership in business and service.  Edith was a Founder of DeBusk Foundation along with her husband, Manuel.